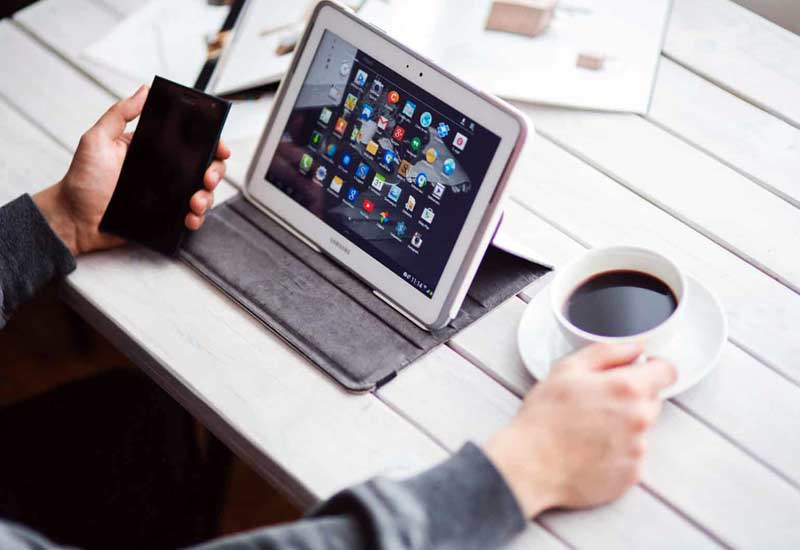 A mobile application, most commonly referred to as an app, is a type of application software designed to run on a mobile device, such as a smartphone or tablet computer. Mobile applications frequently serve to provide users with similar services to those accessed on PCs. Apps are generally small, individual software units with limited function. This use of app software was originally popularized by Apple Inc. and its App Store, which offers thousands of applications for the iPhone, iPad and iPod Touch.

A mobile application also may be known as an app, web app, online app, iPhone app or smartphone app.

Mobile applications are a move away from the integrated software systems generally found on PCs. Instead, each app provides limited and isolated functionality such as a game, calculator or mobile web browsing. Although applications may have avoided multitasking because of the limited hardware resources of the early mobile devices, their specificity is now part of their desirability because they allow consumers to hand-pick what their devices are able to do.

The simplest mobile apps take PC-based applications and port them to a mobile device. As mobile apps become more robust, this technique is somewhat lacking. A more sophisticated approach involves developing specifically for the mobile environment, taking advantage of both its limitations and advantages. For example, apps that use location-based features are inherently built from the ground up with an eye to mobile given that the user is not tied to a location, as on PC.

Apps are divided into two broad categories: native apps and web apps. Native apps are built for a specific mobile operating system, usually iOS or Android. Native apps enjoy better performance and a more finely-tuned user interface (UI), and usually need to pass a much stricter development and quality assurance process before they are released.

Web apps are used in HTML5 or CSS and require minimum device memory since they’re run through a browser. The user is redirected on a specific web page, and all information is saved on a server-based database. Web apps require a stable connection to be used.

There are several types of apps currently available.

Other app types include mobile commerce (M-commerce) apps used to purchase goods online such as Amazon or eBay, travel apps that help a traveler in many ways (booking tours and tickets, finding their way through maps and geolocation, travel diaries, etc.), and utility apps such as health apps and barcode scanners.